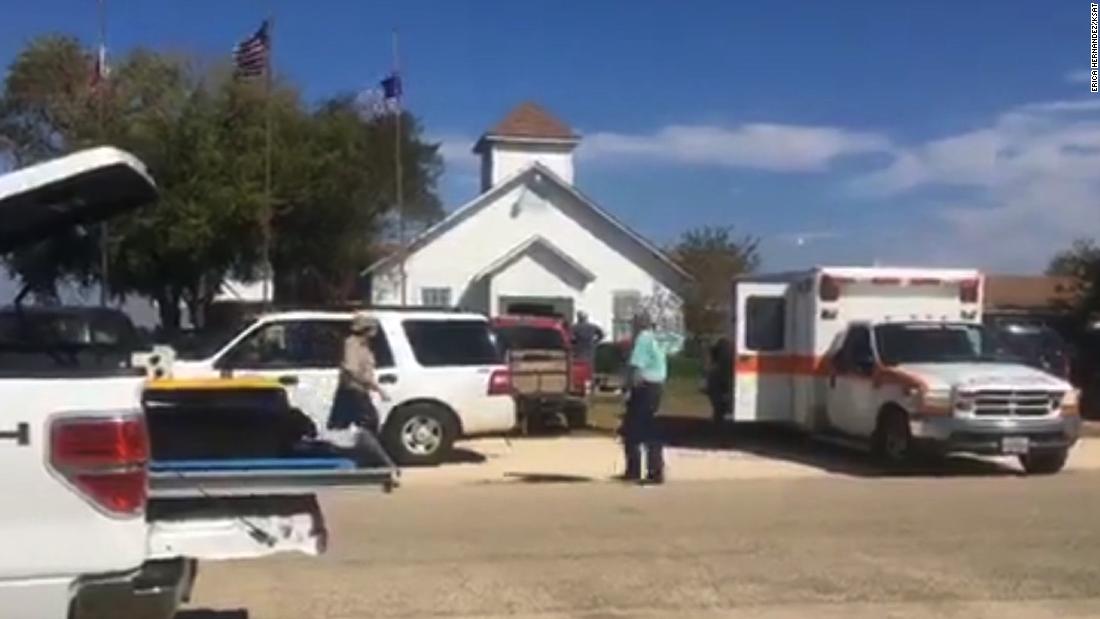 At least 26 people killed in shooting at Texas church

(I wrote this rant on Sunday and shelved it out of respect. I guess several days makes it the “right time”…)

“If you’re angry and you know it grab a guitar. It’s really much more fun than a gun…”

It sounds better (Even the worst guitar playing…typically performed by gun owners, is superior). PLUS no one was ever killed by guitar! Except for that one guy who was killed with a guitar…tragically. But in the guitar’s defense, it only took one life before it exploded into a thousand pieces like a Pete Townshend Telecaster. 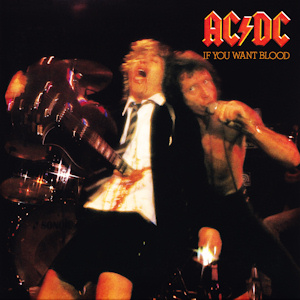 If You Want Blood You've Got It - Wikipedia

BIG GUN and BIG PHARMA are not our friends! In different but similar ways both choose to exploit our fear, weakness, vulnerability and ignorance to get us high and get us hooked. WHY? Because it keeps them in the black. It keeps them in the country club. It keeps them on a yacht. It keeps them in power. They crave power because they are greedy. ARE WE GOING TO LET THE GREEDY MAKE OUR DECISIONS FOR US (they just might decide to take all our shit, ya know. It kind of makes sense that they would, if you think it through). They wield inexhaustible wealth and our politicians are cheap dates. Once the politician is bought, they will parrot supplied talking points and kill all “regulation” unless it is written for them by their masters. Even if they are honorable, they will keep their mouths shut out of fear of BIG GUN and BIG PHARMA bankrolling their political opponents.

STAND UP AGAINST BIG GUN AND BIG PHARMA. SHAME THEM AS THE DEATH MERCHANTS THEY ARE AND DRIVE THEM, AND THEIR BOUGHT POLITICIANS, OUT OF WASHINGTON.

OUR GOVERNMENT IS FOREVER COMPROMISED UNTIL THE ELECTORAL SYSTEM IS FIREWALLED FROM BIG MONEY! THIS WILL NEVER HAPPEN UNDER A “REPUBLICAN” ADMINISTRATION. RUTH BADER GINSBURG, STAY ALIVE! CITIZENS UNITED MUST BE OVERTURNED!

ALL PEOPLE OF CONSCIENCE AND EMPATHY MUST COME TOGETHER TO END THE ERA OF GUN AND PILL MERCHANT CONTROL. VOTE AGAINST THE NRA, BIG GUN AND BIG PHARMA WHEREVER AND WHENEVER YOU CAN.

LASTLY, a thank you to INVESTIGATIVE JOURNALISTS. Please keep the spotlight laser focused on these cockroaches. You are an ESSENTIAL pillar of American greatness. McConnell Brings a Gun as Prop to CPAC

When Newtown happened I was holding an infant son in my arms. Now my son is in Kindergarten, a year from the age of the innocents massacred on that day. December 14th 2012 was, for me, the most harrowing thing I have ever had to digest having happened on American soil caused solely by American citizens. I’m sure you can list other terrible things of this nature that happened in my lifetime (and trust me, I hated them all), but this one event, being so painful and nonsensical, broke me down. Somehow, looking at my son then, I empathized .01% of what those parents felt, I visually pictured that classroom, and it shattered me. And the broken pieces are forever broken, and I wasn’t even there, I don’t know those people. The families went to Washington and begged for help from the Federal Government to address this SECURITY issue in our county. They begged to begin a process of implementing non-drastic, centrist firearm regulations. OUR GOVERNMENT DID NOTHING! AND THAT GOES FOR OBAMA, TOO! The NRA buttboys hid behind the 2nd Amendment and rattled off NRA talking points. Time passed. Focuses shifted. The NRA checks kept rolling in. I guess everyone “did their job”.

So now Vegas, and I don’t know what to think. I’m trying not to obsess, but it is very hard. Unhealed wounds are split wide open. A BIG FAT FINGER is stuck right back in the face of those who say the current system is working. IT IS NOT WORKING. GUNS ARE THE PROBLEM. GUNS ARE KILLING MACHINES. THE SOLE PURPOSE FOR THEIR EXISTENCE IS TO CAUSE OR THREATEN MURDER. DO NOT FOOL YOURSELF. THEY ARE MURDER TOOLS. THEY ARE NOT ENTERTAINMENT. THEY ARE POOR PROTECTION. THE RISK OF OWNING ONE FAR OUTPACES THE PROTECTIVE VALUE.

WASHINGTON, BUY BACK AND MELT THE GUNS NOW!

P.S. Originalists, if the 2nd amendment is so important to you, do your part and join a “well regulated militia” today. Tell me how that goes for you. Until I see your militia membership card, do not bother me about your 2nd Amendment rights. And if you don’t meet to march at least once a week it doesn’t count. I don’t want to see some Breitbart diploma mill militia card. It has to be legit and local. I want meetings. I want drills. I want accountability to the law, the local community and total transparency (remember you are “well regulated”). I want non-security related community service, just like the police. If you want to volunteer, then really do it and earn your right to hold a gun. Otherwise, grow up.

Ed. Written in a fever dream after Sandy Hook, but every word still true. Fuck Guns!

Firearm manufacturers… you will a) do exclusive government and military contracting, b) continue to manufacture under a specific set of guidelines, or c) be subsidized to retool to manufacture something else. Don’t worry; we’ll make it a sweetheart deal. If you are just manufacturing overseas, you wont be able to get your stuff imported anymore, so talk to the government officials over there and see what they can do for you.

Gun shops, gun trade shows and online stores… I’m sorry; you are mostly going to be shut down. I imagine this will be voluntary for the most part. I’ll get to the details below, but you’re probably not going to like the new government oversight anyway. I suggest moving to on to less efficient lethal weapon sales… like swords and, I don’t know, crossbows…I’m being facetious. Anyway, I think you’ll be okay, and there will be government grants and no-interest loans to help you get your business transitioned. If you can sell guns, I’m sure you can sell anything. Right? Online sales and mail based distribution of firearm and firearm related paraphernalia will be illegal. The exception will be for designated remote areas that do not have reasonable access to brick and mortar retailers. This mail based distribution will be exclusively handled by government agencies and licensed contractors. Obviously, gun trade shows are over as we know them today.

People who own guns… we’re going to take your guns. Sorry. Some bad apples ruined it for everybody. But don’t fret! You CAN get a gun! (More on that later.)

Obviously, these are also the kind of employment sectors that will have access to the more exotic kinds of weapons that some people really love. So, if you are a gun-nut, apply today.

Outside of handguns, consumer grade firearms will be available (Yay!). But like fireworks, it’s going to be safe-and-sane stuff only (none of the truly fun stuff).

Here’s the deal. Every law-abiding, licensed citizen over 12 years of age is allowed to get two categories of firearm. One (1) firearm from each category at any given time (Basically, you can have two firearms in your possession without too much hassle).

All legal firearms will have fixed stocks and a minimum total length, to be determined.

Ammunition sales will be rationed. Requests for larger amounts of ammunition will be documented and reviewed on a case by case basis and will have to meet certain criteria.

You can exchange your firearms for upgraded models but this is all done through the government regulated trade program, facilitated by local dealers.

Violators of the new code (which will be idiot proof)… after a few infractions, you lose your guns and no one in your house can have a gun either. Repeat and serious offenders will face criminal prosecution…Nothing as draconian as the Rockefeller Drug Laws, but at a certain point they won’t be messing around anymore, and you are going to do some real time. Like I said before, if you are really gun crazy and can’t live without access to lots of exotic firearms, join the military. If they don’t want you, seek counseling (which will be available, paid for by the government, during the initial transition).

Illegal gun dealers will be treated very severely, going right up to mandatory life sentences in some cases.

Even consumers can apply for additional legal firearms but it will require hefty annual licensing fees.

Non-lethal concealed protection (tasers and maybe something like small-form-factor single-shot bean bag guns) would be legal and available. Innovators who create new forms of personal non-lethal protection (devices that could serve as an acceptable replacement for today’s civilian handgun) will receive incentives, grants and distribution.

I could go on, but this was pretty excessive for an exercise anyway and I’m starting to feel silly. This is just some pseudo-therapeutic noodling. I’m a problem solver and these are some sincere thoughts on solutions to the national firearm problem I’ve been having. I just wanted to get down on paper…Thoughts mainly in reaction to the recent mass murders and statistics that show gun sales at an all time high.

I understand the vulnerabilities inherent in not allowing all citizens to carry concealed firearms but I think it is an acceptable risk. I believe we, as a society, have to innovate away from killing the people who wish to do us harm. Knock-them-out-and-lock-them-up works for me.

What I’m trying to paint here is a reality that makes sense to me…where people can protect themselves and hunt within reason. If you read this, thanks. If you disagree, keep it to yourself. I really don’t care.