In 1984, I was watching MTV and saw the “World Premiere” of the music video for the Eurythmic’s Sexcrime (Nineteen Eighty-Four), the single from the soundtrack album they produced for the movie adaptation of George Orwell’s seminal novel.

I can remember watching it in deep confusion. Being a child, I had no context to understand the intercut movie footage, its monochrome tone themed after Soviet Russia. I was, however, familiar with the Eurythmics, as their initial hit single/video Sweet Dreams was in heavy rotation. That video had abstract imagery and Annie Lennox’s androgynous persona, which I also didn’t get…but I didn’t get a lot of what I saw on MTV. I ingested it. I accepted it. Did I get it? I don’t think so. At the time, I didn’t even understand that the Village People were, ya know, “open minded”.

So, when I saw this 1984 video back in the day, I just thought, “Wow, the Eurythmics are weird.” It was disposable, washed over me, next.

Years later, in high school, I read the novel, saw the movie on glorious SD VHS…and that’s an essay in itself, because those experiences blew my mind and changed my life, my world view…but this essay is purely about the Eurythmics, that song, and that video. WOOF!

I want to be clear, I think the Eurythmics are a great band, with an excellent catalog of creative, innovative and catchy songs, and Annie Lennox is one of the great female vocalists, period…But this song and video, in the last year, has caused me sooo much pain. Sooo much pain. To put it in MST3K speak, “Deep Hurting”.

Just watch the video…IF YOU DARE! I did, about a year ago, out of curiosity when I was re-reading the novel, and I haven’t been the same since. It infected me, like the tape from The Ring. I think the most hurtful part, for me personally, is the chorus (?). From the doot-doot-doot-boop-boops right through to the monotone vocoder effected “1984”, it’s catchy…like the Black Plague. If you get infected by this earworm, you may very likely begin to wish for “the long-hoped-for bullet” to enter your brain…just to stop the doot-doot-doots…which will not stop…will never stop. And it doesn’t help that the novel’s themes are in the zeitgeist. I see something in the news, I have a thought about Newspeak, or the like, and the doot-doot-doots start again (Why wont they STOP?!).

AND the video itself is just so painful and ill-conceived. It’s like a parody of a parody of the MTV 80s. Just the idea of Orwell’s novel being cross promoted with pop-music is insane! Fucking INSANE! And now, in 2018, we have to live with the ramifications…doot-doot-doot (KILL ME!). Saw The Last Jedi again today with the fam and in-laws. I liked it a lot more the second go-round. Full disclosure, the first time I saw it, I had this REALLY annoying and distracting guy sitting next to me, so that may have colored my experience. That said, there is something to the cadence in the cut of this film that could be off-putting, but just like with challenging music, on repeat listings, you learn to find the pocket.

Repeated Listening Increases the Liking for Music Regardless of Its Complexity: Implications for the Appreciation and Aesthetics of Music

Psychological and aesthetic theories predict that music is appreciated at optimal, peak levels of familiarity and complexity, and that appreciation of music exhibits an inverted U-shaped relationship with familiarity as well as complexity. Because increased ...

Bottom line, I thought the film was really cool. I just wanted to like it more. I believe these various nerd fires (warranted or not) were fanned by Rian’s structural choice, and the decision to cut the movie to 2 1/2 hours (I figure for financial reasons…more showings per day). This film, much like Rey in training, needed to breath. It illustrates why LOTR and Potter films had to often clock in at 3+ hours. If the producers of Star Wars want to get into that territory, I’m all for it. But don’t give me 3 pounds of plot in a 2 1/2 pound bag. Take the financial hit, mouse, and do the job right. And yes, to be clear, I’m a pin-headed hater, first class. 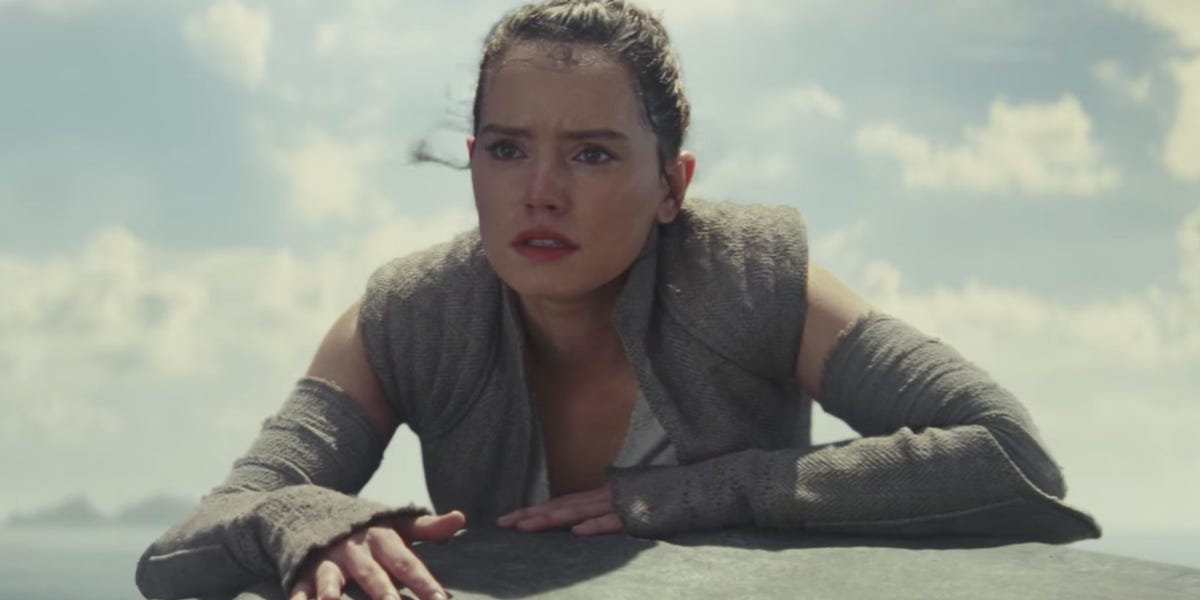 Despite glowing reviews, fans are extremely divided over the new 'Star Wars' movie

As fans are seeing "Star Wars: The Last Jedi," many aren't singing the praises of the film as much as critics citing several main reasons.

The new Star Wars did not live up to my internal hype. (This is going to be more or less spoiler free, but if you want to be totally protected, read this after you see the movie.) Apparently, this new Star Wars is divisive. I’ll go over some issues currently being bandied in the nerd-o-sphere

First, some people are criticizing new force power users and newly evolved force powers in general. I do not have a problem with any of that, as I see all of these as an acceptable evolution of established canon. So this is an issue other people are having, not me.

Second, the Disney-fication of Star Wars humor. Here, I am a little on the fence. I do agree with critics that assert there was too much focus on wedging glib jokes into the screenplay in a Guardians of the Galaxy type way. What I loved in Guardians, I am not loving in Star Wars. Amusing charm and character flaws channeled through charisma, this is how I like my Star Wars humor delivered. So, for example, Harrison Ford could turn a line of dialogue into humor, just through inflection, even if the line was not structured as a “joke”. I think it is clear, in hindsight, that many of these iconic Solo and Leia humor moments were discovered on set and in rehearsal, evolving naturally through the personalities of excellent, ambitious actors (particularly under the direction of Irvin Kershner).

In this new film, the humor often felt too broad, forced, overcooked and on the nose. This made many scenes less grounded and ultimately undercut emotional resonance in moments that could have been iconic. I think the makers may want to learn from the original trilogy and not current trends, because if Star Wars loses gravitas in its pillar films, it will undercut its cultural status. This space-opera nonsense has to “feel” important.

Third, you will probably see people griping about SJW crap. This is unavoidable in 2017. I will however say the clear attempts by Disney and Lucasfilm to extend the cast with diversity, while culturally important, and being the right thing to do, did actually tangentially, or unintentionally, contribute to the issue I had with the film.

My issues had to do with structure. This screenplay attempts to move three simultaneous heroic arcs or plots, in three different locations:

The original trilogy never attempted more than two (like Empire). This new film’s attempt at three, while admirably ambitious, created a choppy structure that never left you settled enough in any one story to feel fully invested in what was going on (leaning too much on the audiences preexisting interest, and not alluring enough new desire out of them). The location, story, characters and tone would jump just as you wanted more from the characters you were currently watching, leaving one feeling detached and underwhelmed when stand out moments occurred, which they most certainly did, just with their impact muted.

In the greatest Star Wars films the narrative line follows a group that, at any one time, splits into two (and the Force Awakens followed that as well to great effect). In adding a third plot line we got a film that was a half hour longer than usual that felt like it told us less, even though I’m sure, in many ways, it said a lot.

Rian Johnson did himself a disservice in setting up too many plates to spin. One plate fell (if you saw the movie, you know which one) and that made the whole show look sloppy and made the typical space-opera “suspense creation” plot holes stick out worse than normal.

I believe Johnson is a top talent, so I hope he learns from this as he prepares to launch this new saga he has been assigned to helm. I hope he learns that the best Star Wars films feature high-wattage charismatic performers telling a simple classical story line set in a fantastical, yet grounded, lore…ya know with spaceships and laser swords.

As far as the important things that happened in the film, I think they are on point. Even with all I’ve said, I’m sill looking forward to IX. And I like the way the table is set (If I was nitpicking, I think it should have ended with a stronger cliffhanger, in the style of Empire). It was just the journey there, that in my opinion, cheated potentially epic moments of the deep impact they deserved.

If I have any advice for JJ it would be “Talk to Kasdan…a lot. Even if Solo tanks.” Second, I would say “Rey. Rey. Rey. When in doubt, stay with Rey.”